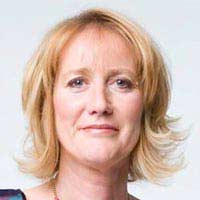 Kimberley Mack was diagnosed with Crohn’s disease at age 17, after being poorly for quite a long time. She had an operation to remove part of her colon, but still suffered from a lot of problems related to her condition.

“I suffered from a very weak bowel, had chronic diarrhoea, and was very underweight,” says Kimberley, now 52.

“When you’re diagnosed they look after you but they do not really educate you on why it has happened, so you go away and live your life the same.

“As I felt sad and miserable much of the time, I would eat a lot of chocolate and biscuits to try and make myself feel better, which didn’t seem to be problematic as I never put weight on. But I was never told that sugar was actually part of my problem.”

Inflammatory Disease of the Intestines

Crohn’s disease is an inflammatory disease of the intestines, and it thought to occur when the body’s immune system attacks itself. It can affect any part of the gastrointestinal tract, including the colon and the anus. Symptoms can include weight loss, chronic diarrhoea, fatigue and abdominal pain.

After her first operation, Kimberley would intermittently feel okay and then suffer an attack, having to rely on steroids to get better. Then she was told she’d need another operation, and that she could possibly wake up with a colostomy bag.

“I was just 28 at the time and was devastated thinking about that, but luckily that did not happen. In fact, that was the turning point where I started to question why my Crohn’s was always flaring up. There had to be something I could do to help myself.”

So Kimberley, who was then living in London, attended a holistic health event where she met a herbalist. After doing some tests, the herbalist said Kimberley’s body was depleted of vital nutrients, as she wasn’t properly absorbing anything.

“She gave me a whole range of things to take to help boost me up, and got me to look at what I was taking that was aggravating my gut,” says Kimberley. “It turned out that both sugar and dairy were contributing to my problems.”

Change For the Better

Three months later, after changing her diet and taking supplements, Kimberley felt remarkably better. “It was difficult as my addiction to sugar was quite high. And I had to give up coffee, which I loved but which is a laxative and not really great when you have a diarrhoea problem!”

Although Kimberley worked in tourism at the time, she never travelled far in case she got ill. But not long after changing her diet she went to Australia.

“I ended up travelling as the herbalist gave me the confidence to handle things if I got ill,” she says. “I went to a nutritionist in Sydney, and she told me to take really good aloe vera, lots of amino acids and nutrients, which I started doing.

“Aloe vera is absorbed from the moment you sip it so you do not have to digest it. The difference from drinking it was unbelievable, as it is anti-inflammatory, and it immediately made me feel better.”

Twenty-five years on, Kimberley is still regularly drinking aloe vera. She now drinks Perfect Aloe Vera Juice, which uses a high grade aloe, unlike a lot of other brands. The juice, along with the diet, have revolutionized her life.

“A lot of people give up because Crohn’s disease cannot be fixed, once you have it, it’s there,” she says.

“But by drinking the aloe every day it helps the internal skin to heal, which is important as a lot of people with Crohn’s disease have scar tissue that causes problems.

“Aloe also helps you to absorb things better, so you have some nutrients going in. I used to have 12 nutrient injections every month, now I just take aloe vera as my tonic every day when I am out and about, and when I have a little bit of attack I go back to basics and am back on track quickly.

“I believe in it so strongly that I‘ve even set up my own little help centre, the Aloe Vera Centre in Whitley Bay, to help people with Crohn’s and educate everyone about the health benefits of aloe vera.

“There are a lots of people out there who think you have to live with diarrhoea and chronic pain all the time, but you don’t.

“Saying that, you have to do something about it yourself, including looking at the foods you eat. When you are anxious and depressed, which many people with Crohn’s are, you eat.

“I feel very lucky that my bowel is still normal 98 percent of the time. And when it’s not, it’s probably because I have eaten too many treats.”