Supplements to Ease the Menopause 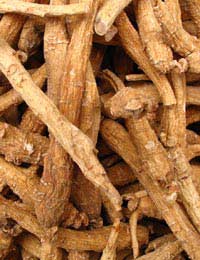 Many women dread going through what is sometimes referred to as “the change”, but what is scientifically known as menopause.

Menopause is characterised as the transitional period a woman goes through after she stops having her menstrual periods for a period of at least one year. Usually, the menopause happens sometime after age 40 - often between the ages of 45 - and 55 - although it can happen earlier or later, depending on the woman.

Menstrual periods stop when a woman stops menstruating, and thus ceases to be fertile. It means that she is no longer releasing eggs from her ovaries, and also that she will be producing less of the hormones oestrogen and progesterone.

Symptoms of the Menopause

Many women experience unpleasant symptoms when they experience the menopause, but it is important to understand that it is not a disease, but a normal and even healthy part of life. Some of the symptoms a woman may experience can include:

Some women prefer to have a medical intervention when they reach the menopause, to deal with some of the symptoms they might be experiencing. These can include anti-depressants to deal with mood swings, other drugs for hot flushes, oral contraceptive pills to calm irregular bleeding, and HRT, or hormone replacement therapy.

Other women, however, prefer more natural ways of dealing with their menopausal symptoms, often in the form of dietary supplements. This is especially true when faced with taking HRT, which has been associated with a higher risk of breast cancer in particular, as well as womb and ovarian cancers.

Some of the most common dietary supplements are:

Many other supplements are available that claim to treat menopausal symptoms, but it isn’t really clear whether they do the trick or not. Your best bet is to consult with your GP, who can advise you on what to take depending on your own specific circumstances.

Please be advised that some supplements – even ones that are 100 per cent natural – can interact with other supplements, as well as with prescribed medications. So always check with a medical professional before you take supplements of any kind.

Are Supplements Necessary When Breastfeeding?